Answer a few questions
about your fencing job
Step 2

Within seconds, get matched
with top-rated local pros.
Step 3

Compare quotes and choose the
best pro for the job.
Featured and Trusted by:

Shadowbox fences are popular fencing types with alternating pickets on both sides, guaranteeing privacy and a uniform look. Also known as a board-on-board fence, shadowbox fences look similar to classic picket fencing, but they are more expensive to install. A shadowbox fence is perceived to be of better quality than a standard privacy fence, and homeowners highly value it for its aesthetics.

The national average cost to install a shadowbox fence is $4,500, depending on fence height, and quality of wood used. Labor costs are between $35 – $45 per hour, depending on the fence size and job complexity.

Homeowners can install shadowbox fencing in either full or partial privacy configurations, which is a significant benefit of shadowbox fences. 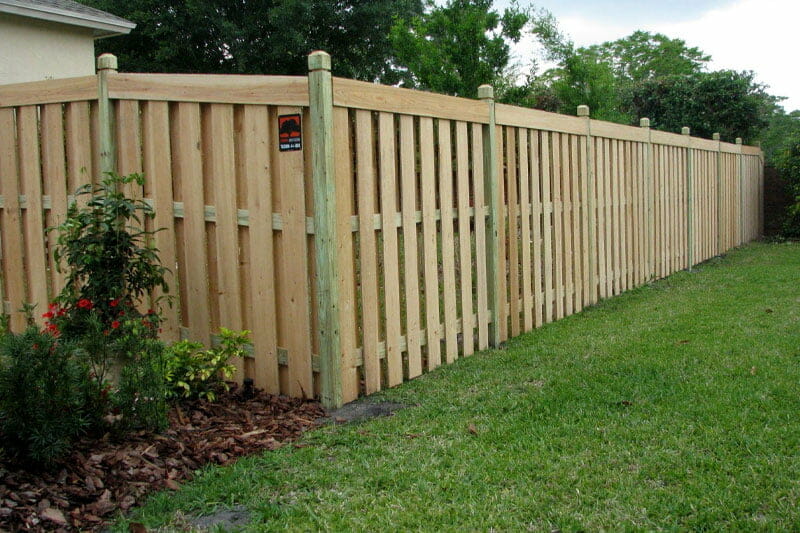 Cost to build a shadow-box fence

Installing a 400 sq. ft, 4-ft high pressure-treated pine shadowbox fence costs between $1,200 and $1,500, or $12 to $15 per linear foot depending on materials quality. A shadowbox picket fence has pickets on both sides of the fence rails/runners resulting in additional material and labor costs. 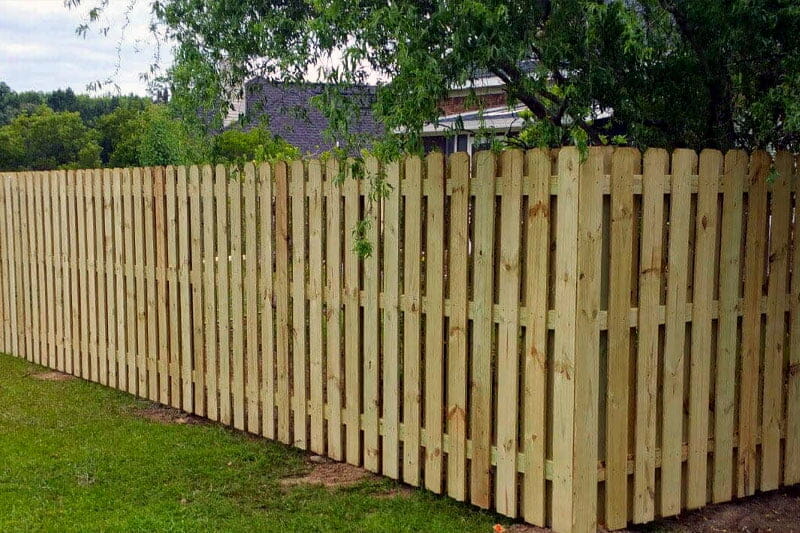 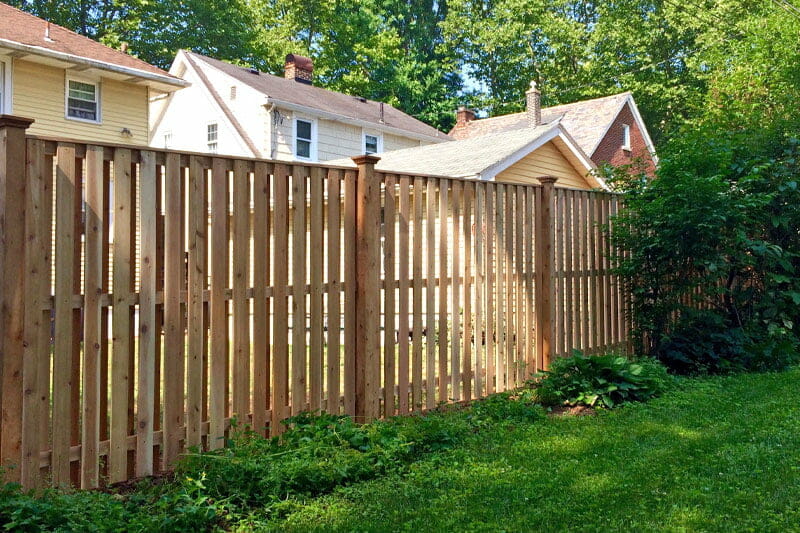 The cost to install a quality cedar shadowbox fence ranges from $14 to $30 per linear foot or $1,400 to $3,000 for a 400 sq. ft fence, depending on the quality of materials used. Pre-finished cedar boards cost more than basic cedar boards, and these, along with the design of the shadowbox fence, increase material costs significantly. 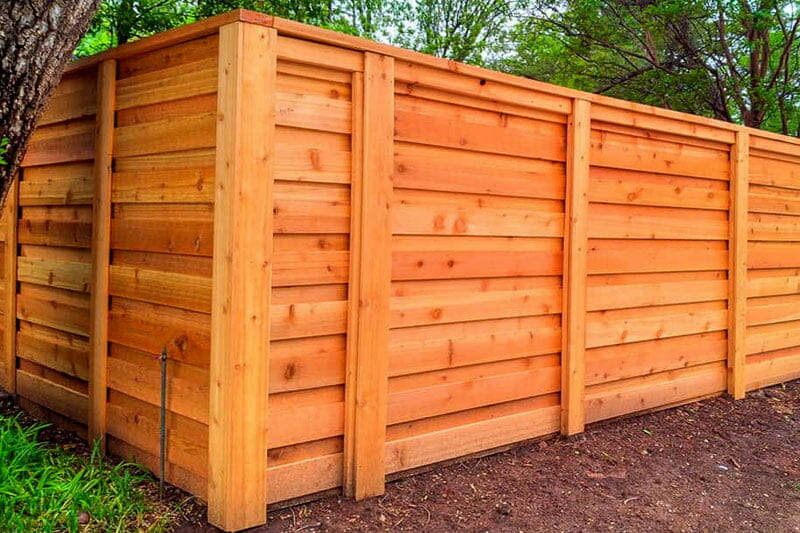 Vinyl shadowbox fence costs between $18 and $22 per linear foot to install and $1,800 to $2,200 for a 400 sq. ft 4-ft high fence, depending on the quality of materials used. Vinyl fencing comes in pre-produced panels that are available at hardware and home improvement stores. 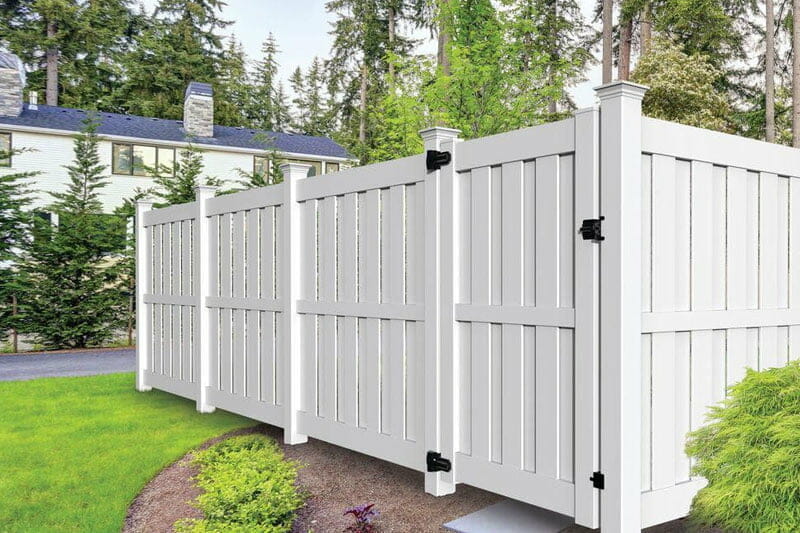 As illustrated in the table above, installing a shadowbox fence is an expensive project that quickly runs into several thousands of dollars. The cost estimation and installation process can be tricky, and inexperienced contractors and DIYers often run into trouble due to inaccurate board measurements and insufficient materials. There are several additional cost factors involved in erecting a shadowbox fence, and if you are contemplating putting up one. Here are a few things you should know.

There are several cost considerations to contend with if you are planning to build your very own shadowbox fence. Estimating the costs of a DIY shadowbox installation involves several cost factors, including:

The unexpected costs of a DIY shadowbox fence installation can quickly add up and overwhelm an inexperienced DIYer. However, building your shadowbox fence can be a cost-saving option if you are already familiar with the process.

A typical shadowbox fencing looks identical on both sides to create what is generally called a “good neighbor fence.” A standard shadowbox fence configuration uses 1X6 inch pickets spaced 4 inches apart on one side. During installation, 1X6 inch pickets cover the 4-inch space on the other side of the fence, guaranteeing privacy and effectively protecting the exposed rails. When installing a shadowbox fence, getting equal spacing between each picket can be challenging (especially for DIYers). A trick is to use a 2X4 jig that hangs on the top backer rail to ensure consistent spacing throughout the fence.

Difference between shadow-box fence and board on board fence

Homeowners planning on installing a shadowbox fence generally contemplate hiring a contractor, but you can choose to install your fence as a DIY project and save money. Installing a shadowbox fence as a DIY project involves more complexity and consumes more time and materials than a conventional fence. So, it is essential to carefully consider both options and decide which one is best for you. Below is a list of pros and cons for professional and DIY installation.

Hiring the right professional to install a shadowbox fence can save you a ton of problems ranging from build quality issues to budget overruns. We have compiled a list of helpful tips to help you make the right decision. 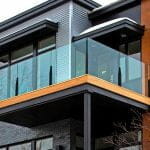 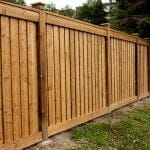 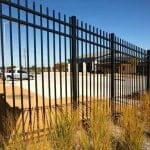 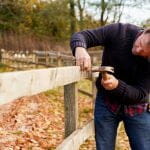 Can I stop my neighbor from building a fence? 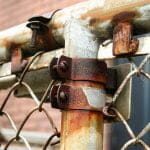