When to Dethatch Your Lawn
Save Up To 43% - FREE SERVICE

Home Lawn When to Dethatch Your Lawn

Solved: When to Dethatch Your Lawn & How Often

While a lawn’s thatch layer is essential to ensuring that it retains moisture, it can become detrimental to the lawn’s health and overall wellbeing once it grows past an inch in thickness.

Dethatching your lawn is best done in late spring or early summer. You should avoid dethatching in winder as it is when lawns are dormant and not growing.

Here is what you should know about the dethatching process.

How often to dethatch your lawn 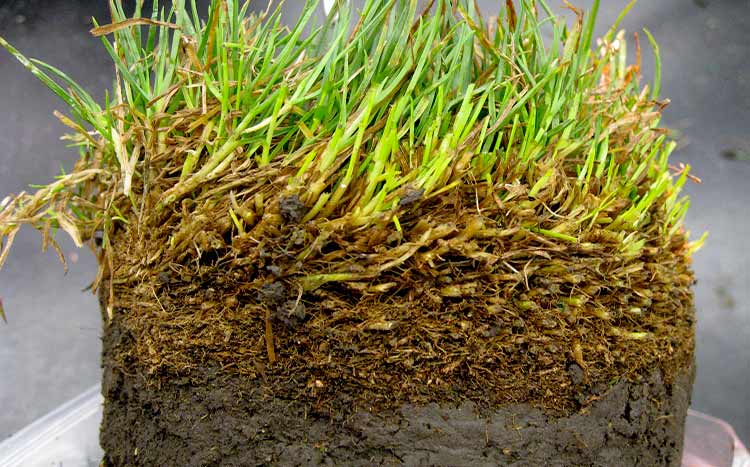 You should dethatch your lawn at least once every 5 years. This period is recommended because, generally, most lawns take about 5 years to develop a thatch layer that is thick enough to be a problem. As a result, dethatching a lawn at a shorter interval is usually not only unnecessary but also harmful to the lawn.

The thatch layer plays a role in helping to keep a lawn healthy. Therefore, for as long as it is not more than ½ inches thick, it typically serves as a temperature stabilizer, reduces the rate at which the soil loses moisture, and also provides the lawn with protective cushioning against foot traffic. Getting rid of thatch can thus be counterproductive especially if it isn’t a liability.

However, it is important to keep in mind that different grasses develop thatch at different rates. As a result, grasses whose thatch develops at faster rates will have to be dethatched at a higher frequency than the once-every-5-years rate. As for those that develop thatch at a slower rate, they can survive for longer periods without dethatching. 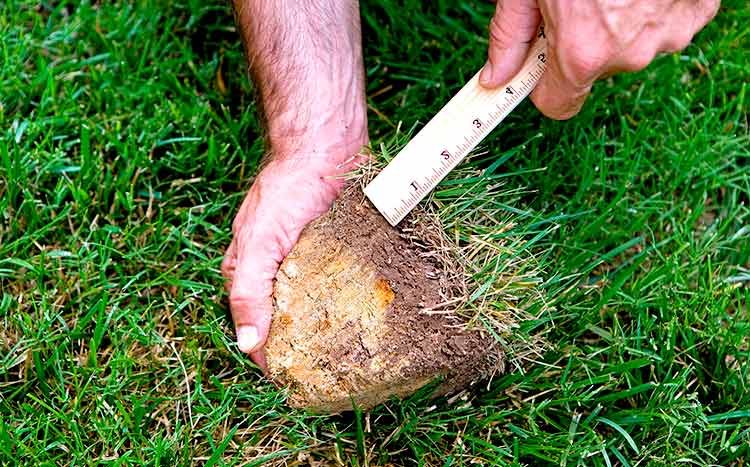 Here are some of the visual signs your lawn might need dethatching.

However, the most reliable indicator of whether a lawn is in need of dethatching is the presence of a thatch layer that is thicker than ¾ of an inch. This can be confirmed by simply cutting off a section of the lawn, 2-inches deep, and then measuring the thickness of the thatch layer. If the thickness is way past the ½ inch mark, and if you are observing any of the above signs, then it is time to dethatch your lawn.

Thatch is a layer of grass roots, rhizomes, grass shoots, stems, and other material that usually forms between the grass blades and the soil. It typically consists of living and dead material. While it usually helps to keep a lawn in great shape by preventing extreme temperature fluctuations and regulating the rate at which the lawn loses soil moisture, it can become a liability when it becomes too thick. 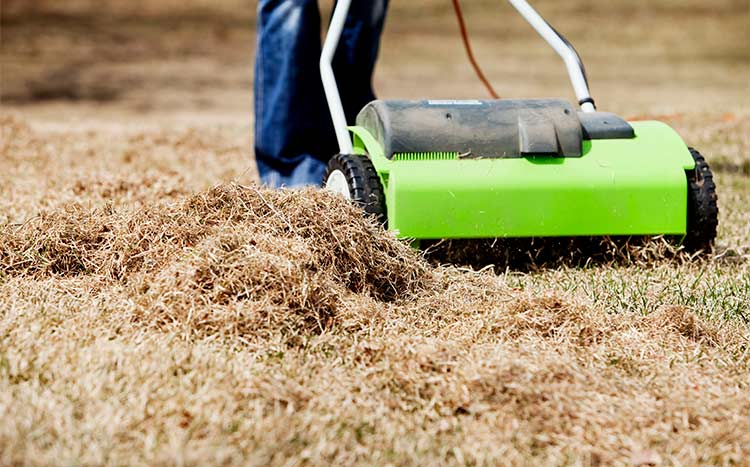 Yes, dethatching is necessary for any lawn that has a thatch layer that is more than an inch in thickness.

It is necessary in order to free up the lawn from the choking effect of having a thick thatch layer by allowing for better moisture, air, and nutrient penetration. For lawns that are vulnerable to pest infestation, dethatching is necessary in order to reduce incidences of pest attacks. Lawns that need treatment also benefit from dethatching because the process allows pesticides and other treatments to reach grass roots.

Is it better to dethatch or aerate first?

It is better to aerate your lawn first, before even thinking of dethatching it. This is because lawns tend to develop thatch at a slower rate when compared to the rate at which the soil compacts. Therefore, while aeration is a lawn care routine that has to be done every other year, dethatching is a process that is usually done once after every 5 years.

As a result, in most cases, a lawn is usually aerated several times before it is dethatched. In fact, in most cases, the process of aeration — where soil cores are removed — can be used as a way to reduce the rate at which the thatch layer grows, and hence it can delay the need for dethatching.

However, if things have gotten to a point where dethatching is necessary, then you will have to dethatch the lawn first. This is because a thick thatch layer will exist between the grass blades and the soil, and since aeration is a process that involves cutting chunks of soil, removing this layer will make the aeration process easier and more effective. In such a case, it will be prudent to dethatch the lawn first, before aerating it.

It is important to note that while both of these processes are essential to a lawn’s health, it is always advisable that they are not carried out during the same season. It is recommended that you refrain from aerating your lawn in the year that you are planning on dethatching it. This is because both of these processes tend to cause significant trauma to the lawn. And since the lawn needs time to recover, subjecting it to two processes that are traumatic within the same season can end up causing irreparable harm.

Best ways to dethatch your lawn

The best way to dethatch your lawn is to use specialized dethatching tools. For small lawns, manually removing the thatch by using a dethatching rake will do especially if the lawn has light thatch. However, if you are working on a larger lawn, then using power rakes or dethatchers with vertical blades is advisable. These tools use automatically rotating blades or tines to cut into the thatch layer, and they thus tend to be more effective at handling larger-sized lawns or lawns with thick thatch layers.

Before dethatching, it is always advisable that you water the lawn at least the day before. This will ensure that the lawn is moist, something that will make the process easier. Cutting the grass to a point where it is half of its normal height is also recommended.

Removing the thatch layer naturally by accelerating the rate at which dead material in the thatch layer decomposes, is also a great way of dethatching a lawn. With this method, all you have to do is to create conditions that are conducive to microbial activity. This includes treating the soil to ensure that it has the ideal pH, watering your soil regularly, and improving soil aeration.

Dethatching your lawn naturally is great because it doesn’t inflict as much damage to the lawn as mechanical dethatching. However, it tends to be slow, and when you are dealing with extremely thick thatch layers, can sometimes prove to be ineffective. 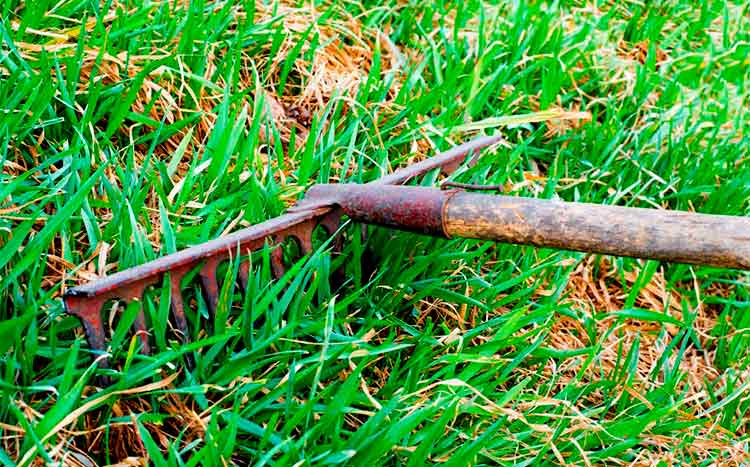 Cost of dethatching by a lawn care company

Generally, the cost of dethatching a lawn is between $0.2 and $0.4 per square foot. However, this cost varies widely depending on the size of the lawn and the thickness of the thatch layer. As a result, the cost can be as low as $100 or as high as $700, with most people spending an average of $215 per dethatching job. 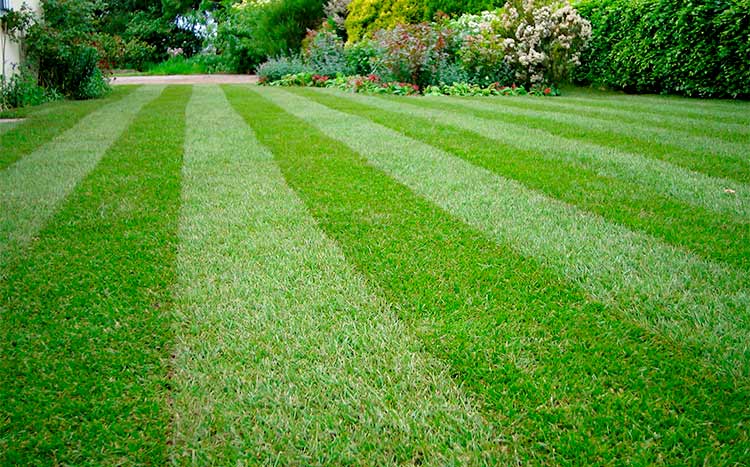 Generally, DIY dethatching tends to be cheaper than professional dethatching. This is because when you choose to dethatch your lawn on your own, you won’t pay for the expertise and time of the lawn care company. As a result, you will have to rent out dethatching equipment, and then dedicate time to getting the process done. This makes DIY dethatching a more time-consuming and labor-intensive option.

On the other hand, while professional dethatching typically costs more, it tends to be a convenient alternative. This is so especially for people who don’t have time to spend time working on their lawns. It is also ideal for anyone who cares about getting the best results, simply because experts and lawn care specialists tend to do a better job than DIYers. These companies have better tools, have a richer on-the-job experience, and generally get the job done faster. 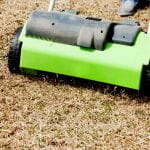 What Time of Year Should You Dethatch Your Lawn? 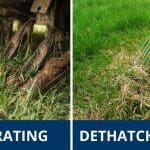 Is It Better to Dethatch or Aerate? 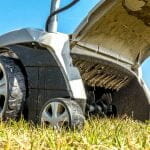 Is Power Raking the Same As Dethatching? 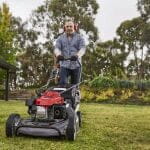 Can I Mow My Lawn at Night? 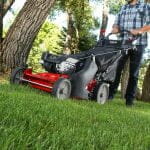