Compare Lawn Dethatching Estimates Now
Save Up To 43% - FREE SERVICE

Home Lawn Should I Dethatch Before Overseeding?

Should I Dethatch Before Overseeding?

Dethatching allows seeds to come in direct contact with soil. It improves the odds of better moisture penetration while giving growing grass easier access to nutrients. Therefore, you should dethatch before overseeding because doing so will give the seeds better odds of thriving into thick, healthy, and aesthetically appealing grass.

Thatch builds up in thick and healthy lawns, where overseeding is used to thicken up bare patches of lawn. There is no real need to dethatch before overseeding as if there is thatch build-up, your grass is thick enough to not need overseeding.

As a result, dethatching should be done first since it creates conditions conducive to growth. It should then be followed by overseeding and fertilization since doing so not only gives the seeds a better chance of flourishing but also speeds up the rate at which your lawn recovers from its post-dethatching ragged look.

What happens if you dethatch after overseeding? 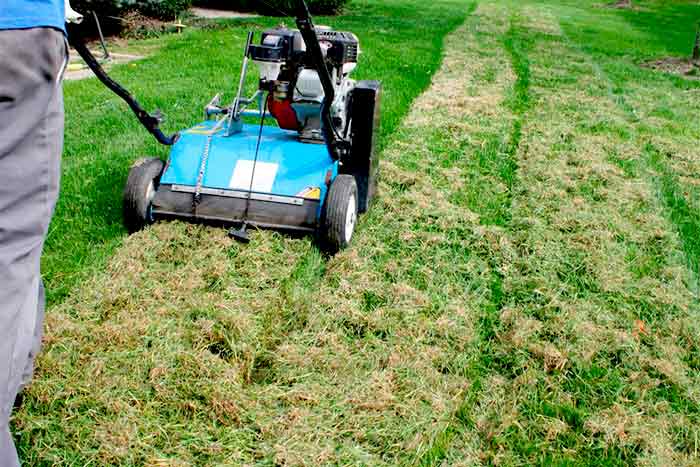 If you dethatch after overseeding, your lawn will still have ugly after-dethatching patches even after the rest of the grass regrows. This is because dethatching machines cut deep to get rid of the thatch. They leave areas with short grass, and overseeding is supposed to eliminate these patches.

Therefore, if overseeding is done after dethatching, the newly sown seeds will have poorer odds of thriving because of the obstructive nature of thick thatch layers. The overseeding process will also fail to serve its purpose: filling bare lawn patches and replacing damaged lawn grass to restore your lawn’s beauty after the dethatching process.

What should I do with thatch?

You should remove the thatch and then compost it. You can also use it as mulch by placing it around trees and any shrubs in your home. However, you should only do so if the thatch hasn’t been treated by herbicides or any other harmful chemicals that may damage your trees and shrubs. 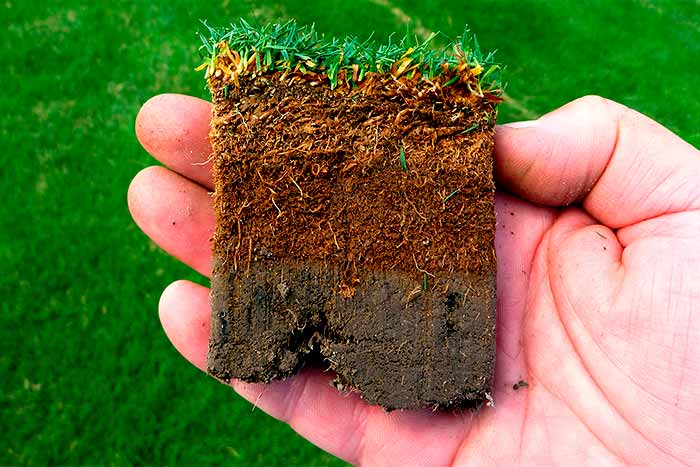 Is it better to dethatch or aerate lawns?

In the short term, aerating lawns is better than dethatching them since it allows your grass to receive much-needed nutrients, air, and moisture by loosening the soil on which the lawn is growing. Furthermore, aerating a lawn can indirectly help to curb the growth and development of thatch, and as a result, it can be a way of killing two birds with one stone.

Keeping in mind that thatch can also be useful in the sense that it can help to preserve moisture and prevent drastic temperature fluctuations, dethatching frequently is something that is usually discouraged.

In the long term, after a period of about 5 years when thatch has grown to over an inch thick, dethatching becomes more important than aerating simply because thick thatch layers can simply suffocate your lawn. It will block any chances of moisture, pesticides, and nutrients from reaching the roots of your grass. It can also be a safe harbor for insects and diseases that can harm your lawn. In such a case, only dethatching can restore your lawn’s aesthetic appeal, so it will be more important. 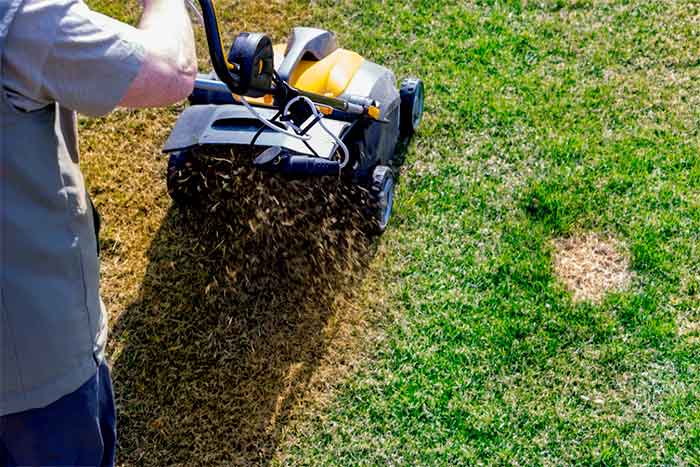 Do you really need to dethatch a lawn?

Yes, you need to dethatch your lawn once the thatch layer grows past an inch in thickness. This usually happens after about 5 years, and in such a case, failure to dethatch the lawn will lead to thin poor-looking grass that is susceptible to pest infestation and common lawn diseases.

However, dethatching a lawn on an annual basis is unnecessary. It is discouraged. This is because it takes time for thatch to develop to a point where it is detrimental to a lawn’s health. Therefore, before it gets to a point where it is more than an inch thick, it is prudent to leave it in place as it will help to conserve moisture and protect your grass from drastic temperature fluctuations.

Keep in mind that dethatching is a process that is stressful for your grass. Subjecting your lawn to such a process when it is unnecessary is counterproductive, especially since having thatch in your lawn can be beneficial. 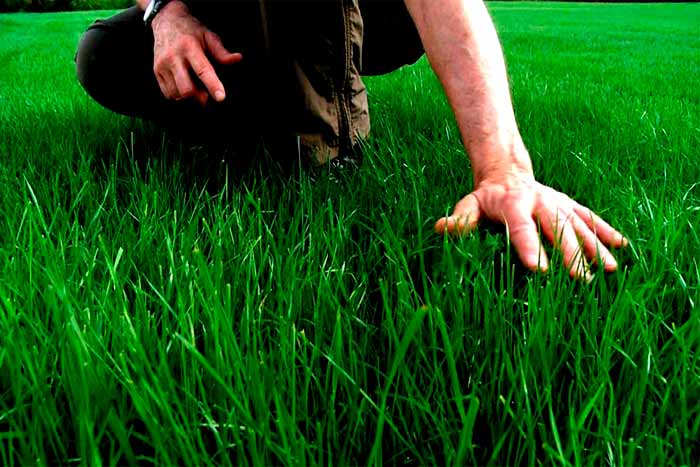 A lawn needs dethatching if it starts developing grayish-brown mats. And since a thick thatch usually acts as a barrier, if water keeps running off your lawn every time you water it, chances are that it needs thatching. Thin grass that gradually loses its healthy color is also another sign that the thatch has grown so thick to the point that it is robbing your lawn of moisture, air, and nutrients.

However, since there are different causes of poor grass health, it is always good to confirm that your lawn’s thatch is to blame. To do so, simply cut a 2-inch wedge into your lawn and measure the thickness of the thatch. If its thickness is more than half an inch, it is likely to blame for your grass problems.

In such a case, you will need to get either a handheld dethatching rake or rent out a dethatching machine. While you can get away with using a hard rake or a leaf rake, it will be cumbersome, especially if you are working on an average-sized lawn. 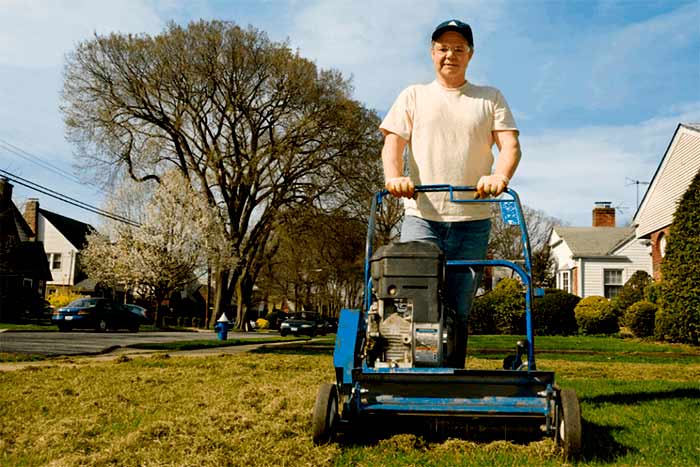 How often should I dethatch a lawn?

A lawn should be dethatched at least after every 5 years. This is because, over such a long period, the accumulated debris, intertwining grassroots, dead grass, crowns, grass shoots, and grass stems that form on the lawn usually become interwoven to such a point that they form an extra layer that acts as a barrier between the grass and the soil. And since 5 years is a period that is long enough to allow for this layer to grow to over an inch thick, it is the right time to remove it to free your grass from its suffocating effect.

However, doing it on a year-to-year basis is discouraged. This is because thatch that is about half an inch thick is beneficial to a lawn. It helps to keep the temperature steady, improves the water-retention capacity of the lawn, and generally helps to steady the soil on which the grass grows. Therefore, removing it before it becomes problematic is inadvisable. 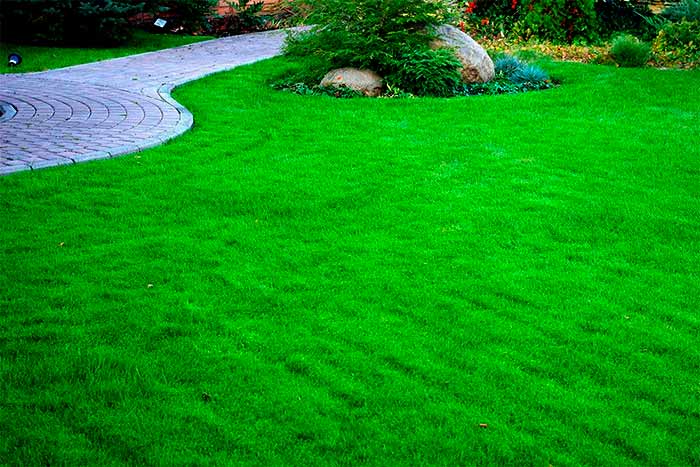 What is the best time of year to dethatch?

While the best time for dethatching usually varies depending on the type of grass that one has on their lawn and where they are located, it is generally recommended for people living in the North to dethatch their lawn in either early fall or late summer. On the other hand, for those who live in the South, the ideal dethatching time will be a period that falls in late spring or early summer.

These periods offer the best dethatching times because they give the lawn the best odds of bouncing back into shape. It is the ideal time for grass growth, so dealing with the trauma of dethatching will be easier since the grass isn’t under strain or stress. As a result, you should never dethatch your grass when it is dormant, as the resulting trauma and stress may be too much for your lawn to bounce back from. 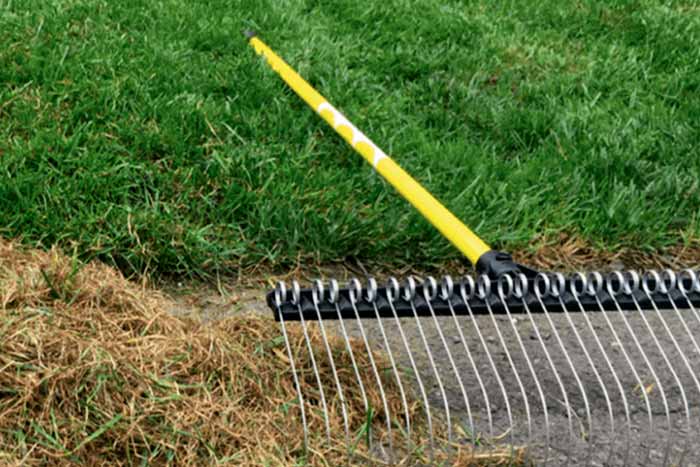 Can you get rid of thatch naturally?

Yes, you can get rid of thatch naturally by increasing the rate at which it decomposes. To achieve this, you will have to improve the state of your soil in such a way that it promotes bioactivity. Taking steps to discourage the build-up of thatch will also help.

The first way you can control the development of thatch is by making sure that your lawn’s soil is moist. Moist soil accelerates the level of microbial activity, and this makes it easier for thatch to decompose. And since microbes also depend on air to survive, lawn care routines like aeration can also help accelerate thatch’s breakdown.

After cutting your grass, making sure that you collect all your clippings will also keep the layer from increasing in thickness. This is because doing so will be denying the layer extra inches of dead material.

Since acidic soils tend to discourage microbial activity, increasing the pH of the soil will definitely help. To do so, simply add lime to the soil — that is if it is acidic. This, in addition to using a natural liquid dethatcher, can go a long way towards stemming the development of the layer by increasing the rate at which it is broken down. 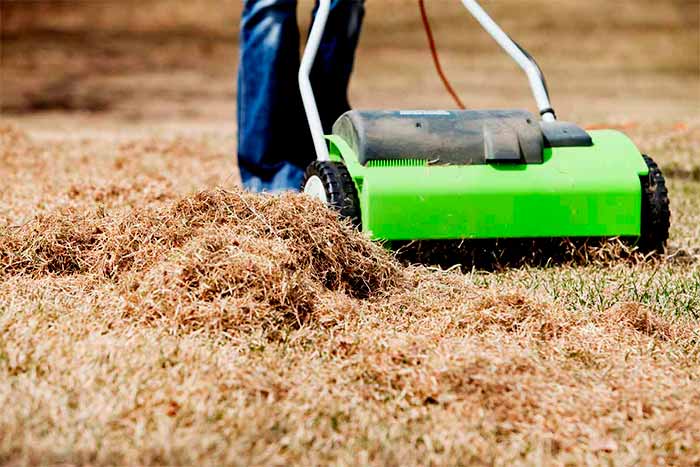 Do you need to dethatch if you aerate?

Yes, you will still need to dethatch if you aerate. This is because the two lawn maintenance activities serve different purposes. Aeration is designed to loosen the soil on which the grass is growing in order to allow for better root growth, air penetration, and water permeation. On the other hand, dethatching involves removing a thatch layer that has become too thick to a point where it is acting as a barrier.

As a result, while aerating annually is usually enough to keep your lawn healthy, over an extended period of about 5 years, the thickness of the thatch will keep growing in thickness to a point where it affects the health of your lawn. At such a point, aeration won’t be enough. To restore your lawn’s beauty. Physically removing this layer with a dethatching machine is the only thing that can help.

Should I fertilize after dethatching?

However, before applying fertilizer on your lawn, you should make sure that it has a low concentration of nitrogen. Opting for a fertilizer that uses a slow-release formula will also help to keep the grass from receiving an excessive amount of nutrients as this may compound your lawn problem.

Is aeration or dethatching better?

While both aeration and dethatching are essential to a lawn’s health, if you have to choose one process over the other, then aeration is better because it can also double as a way of controlling thatch growth.

Essentially, when you aerate through core aeration, you will be taking chunks of soil from the lawn. As a result, you will also be removing part of the thatch. There is also the fact that aeration increases microbial activity in the thatch layer. And since these microbes can accelerate the rate at which the thatch decomposes, it can help reduce your thatch problem. Therefore, since aeration improved soil health while also helping to keep thatch layer growth under control, it is a superior lawn care routine.

There is also the fact that dethatching is something that is needed about once every 5 years. This is because the thatch layer takes time to grow in thickness. Aeration, on the other hand, is needed on an annual basis since soil gets compacted easily either as a result of traffic or normal grass growth. 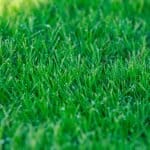 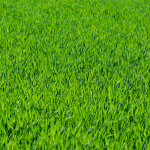 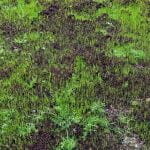 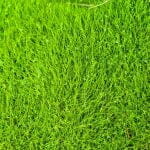 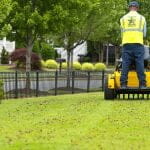